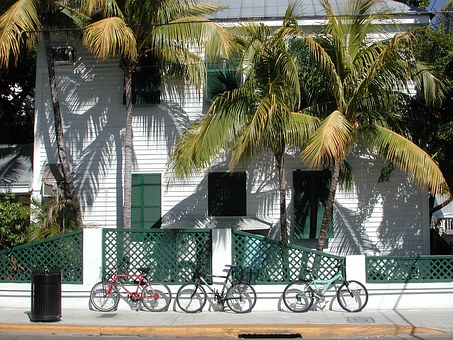 With the weather getting warmer and trips being planned, FUN Motorcycle Training “LLC” wants to share some facts about the Florida Keys. This is a beautiful ride and every motorcycle rider needs to experience this beautiful ride.

The Florida Keys are an island archipelago extending from the southeastern tip of the United States’ state of Florida. They begin about 15 miles (24 km) south of Miami and extend out toward the southwest and then west toward the Gulf of Mexico and the uninhabited Dry Tortugas islands. Most of the islands making up the Florida Keys are within the Florida Straits, a strait between the Gulf of Mexico and the Atlantic Ocean. The most populated city in the Florida Keys is Key West and many other areas within the islands are sparsely populated.

The following is a list of ten facts to know about the Florida Keys:

1) The first inhabitants of the Florida Keys were the Native American tribes Calusa and Tequesta. Juan Ponce de Leon was later one of the first Europeans to find and explore the islands. Shortly thereafter Key West began to grow into Florida’s largest town due its proximity to Cuba and the Bahamas and a trade route with New Orleans. In their early days Key West and the Florida Keys were a major part of the area’s wrecking industry – an industry associated with the frequent shipwrecks in the area.
By the early 1900s however Key West’s prosperity began to decline as better navigational techniques reduced area shipwrecks.

2) In 1935 the Florida Keys were struck by one of the worst hurricanes to ever hit the United States. On September 2nd of that year the hurricane winds of over 200 miles per hour (320 km/hr) hit the islands and a storm surge of over 17.5 feet (5.3 m) quickly flooded them. The hurricane killed over 500 people and the Overseas Railway (constructed in the 1910’s to connect the islands) was damaged and service stopped. A highway, called the Overseas Highway later replaced the railway as the main form of transportation in the area.

3) Beginning in the late 1970s construction began on a new bridge to connect the Florida Keys. This bridge is known today as the Seven Mile Bridge and it connects Knights Key in the Middle Keys to Little Duck Key in the Lower. In March 2008 however this bridge was closed to traffic as it was deemed unsafe and construction later began on a new bridge.

4) Throughout much of their modern history the Florida Keys have been an important area for drug smugglers and illegal immigration. As a result these problems the U.S. Border Patrol began a series of roadblocks on the bridge from the keys to search cars returning to Florida’s mainland for illegal drugs and immigrants in 1982. This roadblock later began to hurt the economy of the Florida Keys as it delayed tourists going to and from the islands. Because of the resultant economic struggles the mayor of Key West, Dennis Wardlow, declared the city as independent and renamed it the Conch Republic on April 23, 1982. The city’s secession lasted only a short time however and Wardlow eventually surrendered. Key West also still remains a part of the U.S.

5) Today the total land area of the Florida Keys is 137.3 square miles (356 sq km) and in total there are over 1700 islands in the archipelago. However, very few of these are populated and most are very small. Only 43 of the islands are connected via bridges. In total there are 42 bridges connecting the islands but the Seven Mile Bridge is still the longest.

6) Because there are so many islands within the Florida Keys they are often divided into several different groups. These groups are the Upper Keys, the Middle Keys, the Lower Keys and the Outlying Islands. The Upper Keys are those located the farthest north and closest to Florida’s mainland and the groups extend out from there. The city of Key West is located in the Lower Keys. The Outer Keys consist of islands that are accessible by boat.

7) Geologically the Florida Keys are main the exposed parts of coral reefs. Some of the islands have been exposed for so long that sand has built up around them, creating barrier islands while other smaller islands remain as coral atolls. In addition, there is also still a large coral reef offshore of the Florida Keys in the Florida Straits. This reef is called the Florida Reef and it is the world’s coral reef.

8) The climate of the Florida Keys is tropical, as is the southern part of the state of Florida. However, because of the islands’ location between the Atlantic Ocean and the Gulf of Mexico, they are very prone to hurricanes. Hurricanes are a problem in the area because the islands have very low elevations, are surrounded by water and flooding from the storm’s surges can easily affect large areas of the Keys. As a result of flooding threats, evacuation orders are regularly put into place when hurricanes threaten the area.

9) The Florida Keys are a highly biodiverse area because of the presence of coral reefs as well as undeveloped forested areas. Dry Tortugas National Park is located about 70 miles (110 km) from Key West and since those islands are uninhabited, they are some of the most well preserved and protected areas in the world. In addition, the waters around the islands of the Florida Keys are home to the Florida Keys National Marine Sanctuary.

10) Because of its biodiversity, ecotourism is becoming a large part of the economy of the Florida Keys. In addition, other forms of tourism and fishing are the major industries of the islands.