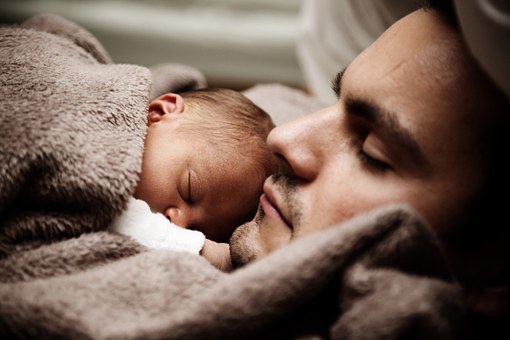 FUN Motorcycle Training “LLC” we think Dad should be celebrated everyday and not just Father’s Day Weekend! Enjoy this look back on how Father’s Day started!

Father’s Day History
Today, Father’s Day is celebrated all over the world with much aplomb. Father’s Day is that occasion when children and all other members of a family try their best to do something which may make the father in the family happy and joyful. But seldom do we stop to think about the history of this special day. Have you ever wondered when did the celebration start? Or who initiated it? Our article will give you all the necessary information about the evolution of Father’s Day and how the day came to be declared as a national holiday.

Father’s Day Origin
The idea of a Father’s Day first came in the mind of Grace Golden Clayton of Fairmont, West Virginia on July 5, 1908. Mrs. Clayton wanted to pay tribute to the fathers who had lost their lives in the Monongah Mining Disaster. However, this being a local celebration, the concept of Father’s Day did not influence people living outside West Virginia. It was in the year 1910 that Sonora Smart Dodd, a resident of Spokane, Washington suggested that a particular day should be set aside for Father’s Day just like there existed a Mother’s Day. The first Father’s Day celebration was organized by Sonora Smart Dodd on June 19, 1910 in honor of her father William Smart, who had brought up his six children single-handed. Though Sonora wanted the nationalization of June 5, her Father’s birthday, as the official Father’s Day date all over the world, the pastors at local churches refused to cooperate. Repeated attempts by the YMCA and the YWCA also failed to establish Father’s Day as a national holiday.

Woodrow Wilson was the first American President to speak for making Father’s Day an official holiday in the year 1916. His attempts were however resisted by the Congress. President Calvin Coolidge said in an interview in 1924 that Father’s Day should be celebrated like a national festival, but he did not make any proclamation. Margaret Chase Smith, a Senator from Maine pointed out in the year 1957 that by ignoring the celebration of Father’s Day, the nation was actually ignoring the contributions made by a father in a family. Her words were yet again ignored by the Congress. It was President Lyndon Johnson who made the first presidential proclamation in the year 1966 asking Congress to declare a date in the month of June every year as the official date of Father’s Day. His attempts were honored only six years later when President Richard Nixon signed a law to make Father’s day an official holiday in the US in the year 1972.

Till today, the world has not forgotten Sonora Smart Dodd’s contribution in suggesting a day to honor fathers, the most important person in our lives.

FUN Motorcycle Training “LLC” hopes you enjoyed this look back on Father’s Day! Enjoy the ride!!