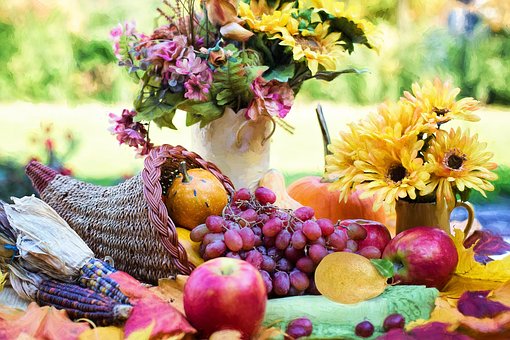 FUN Motorcycle Training “LLC” would like to share this brief story on how the Thanksgiving Holiday came to be.

The tradition of the Pilgrims’ first Thanksgiving is steeped in myth and legend. Few people realize that the Pilgrims did not celebrate Thanksgiving the next year, or any year thereafter, though some of their descendants later made a “Forefather’s Day” that usually occurred on December 21 or 22. Several Presidents, including George Washington, made one-time Thanksgiving holidays. In 1827, Mrs. Sarah Josepha Hale began lobbying several Presidents for the creation of Thanksgiving as a national holiday, but her lobbying was unsuccessful until 1863 when Abraham Lincoln finally made it a national holiday.
Today, our Thanksgiving is the fourth Thursday of November. This was set by President Franklin D. Roosevelt in 1939 (approved by Congress in 1941), who changed it from Abraham Lincoln’s designation as the last Thursday in November (which could occasionally end up being the fifth Thursday, and hence too close to Christmas for businesses). But the Pilgrims’ first Thanksgiving began at some unknown date between September 21 and November 9, most likely in very early October. The date of Thanksgiving was probably set by Lincoln to somewhat correlate with the anchoring of the Mayflower at Cape Cod, which occurred on November 21, 1620 (by our modern Gregorian calendar–it was November 11 to the Pilgrims who used the Julian calendar).
There are only two contemporary accounts of the 1621 Thanksgiving: First is Edward Winslow’s account, which he wrote in a letter dated December 12, 1621. The complete letter was first published in 1622.
Our corn [i.e. wheat] did prove well, and God be praised, we had a good increase of Indian corn, and our barley indifferent good, but our peas not worth the gathering, for we feared they were too late sown. They came up very well, and blossomed, but the sun parched them in the blossom. Our harvest being gotten in, our governor sent four men on fowling, that so we might after a special manner rejoice together after we had gathered the fruit of our labors. They four in one day killed as much fowl as, with a little help beside, served the company almost a week. At which time, amongst other recreations, we exercised our arms, many of the Indians coming amongst us, and among the rest their greatest king Massasoit, with some ninety men, whom for three days we entertained and feasted, and they went out and killed five deer, which they brought to the plantation and bestowed on our governor, and upon the captain and others. And although it be not always so plentiful as it was at this time with us, yet by the goodness of God, we are so far from want that we often wish you partakers of our plenty.
The second description was written about twenty years after the fact by William Bradford in his History Of Plymouth Plantation. Bradford’s History was rediscovered in 1854 after having been taken by British looters during the Revolutionary War. Its discovery prompted a greater American interest in the history of the Pilgrims. It is also in this account that the Thanksgiving turkey tradition is founded.
They began now to gather in the small harvest they had, and to fit up their houses and dwellings against winter, being all well recovered in health and strength and had all things in good plenty. For as some were thus employed in affairs abroad, others were exercising in fishing, about cod and bass and other fish, of which they took good store, of which every family had their portion. All the summer there was no want; and now began to come in store of fowl, as winter approached, of which this place did abound when they came first (but afterward decreased by degrees). And besides waterfowl there was great store of wild turkeys, of which they took many, besides venison, etc. Besides they had about a peck of meal a week to a person, or now since harvest, Indian corn to that proportion. Which made many afterwards write so largely of their plenty here to their friends in England, which were not feigned but true reports.
The primary sources above only list a few items that were on the Thanksgiving “menu”, namely five deer, a large number of turkeys and waterfowl, cod, and bass; plus the harvest, which consisted of wheat, corn, barley, and perhaps any peas that survived the scorching. To that list, we can probably add a few additional things that are known to have been native to the area and eaten by the Pilgrims: clams, mussels, lobster, eel, ground nuts, acorns, walnuts, chestnuts, squashes, and beans. Fruits and berries such as strawberries, raspberries, grapes, and gooseberries were available growing wild. Pilgrim house-gardens may have included a number of English vegetables and herbs, perhaps things like onions, leeks, sorrel, yarrow, lettuce, carrots, radishes, currants, liverwort, watercress, and others. It is unlikely much in the way of supplies brought on the Mayflower survived, such as Holland Cheese, olive oil, butter, salt pork, sugar, spices, lemons, beer, aqua-vitae, or bacon. It appears the Pilgrims may have had some chickens with them, so likely had access to a limited number of eggs. No mention of swine is found in any account of the first year. They did not yet have any goats or cattle: the first of those arrived on the ship Anne in 1623.
The “Popcorn Myth” would have us believe the Indians introduced the Pilgrims to popcorn at this Thanksgiving: but the Indian corn they grew was Northern Flint, which does not pop well. It was parched to make a simple snack, and the Indians sometimes ground it up and mixed it with strawberries for a cake-like desert. Potatoes and sweet potatoes had not yet been introduced to New England.

FUN Motorcycle Training “LLC” we hope you enjoyed this brief look at Thanksgiving. We hope everyone has a safe and happy Thanksgiving!