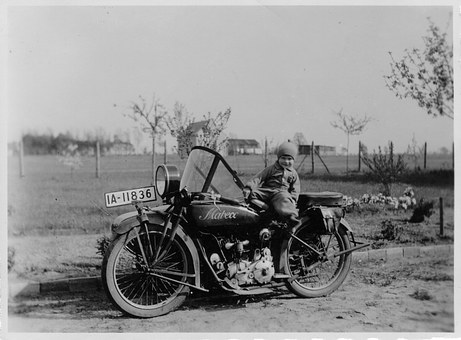 The ‘World’s Largest Motorcycle Event’ is celebrating 75 years in 2016! Join over 500,000 motorcycle enthusiasts March 4-13, 2016 for Bike Week! FUN Motorcycle Training “LLC” hopes everyone has a safe and exciting Bike Week 2016! Here is a interesting story on how Bike Week got started!

History of Bike Week
Perhaps it was the appeal of hard sand, warm winter days and the excitement of that first motorcycle race on the beach, that made Daytona Beach the home of Bike Week. Maybe it was the spirited activities surrounding the event that have kept people coming back. Whatever the case, Bike Week has been a tradition since January 24, 1937 – the inaugural running of the Daytona 200.
The first race took place on a 3.2 mile beach and road course, located south of Daytona Beach. Ed Kretz of Monterey Park, CA was its first winner, riding an American made Indian motorcycle and averaging 73.34 mph. Kretz also won the inaugural City of Daytona Beach trophy.
The 1937, race course ran approximately one and a half miles north on the beach; through a 1/4 mile turn where the sand was banked, and then onto the paved, public roadway portion for the trip south. Coming back on the final turn, another high sand bank awaited riders as they raced on the hard sands of the beach. Interestingly enough, starting times for these events were dictated by the local tide tables. The races continued from 1937 to 1941. In the early years the Daytona 200 was also called the “Handlebar Derby” by local racing scribes.
In 1942, the Daytona 200 was discontinued because of World War II. Its sanctioning body , the American Motorcycling Association (AMA) solemnly noted it was “in the interests of national defense” that the event was canceled. With the war, came a general rationing of fuel, tires and key engine components. Even though the racing event was “officially” called off, people still showed up for an “unofficial” party called Bike Week.
On February 24, 1947, the famous motorcycle race resumed and was now promoted by the legendary Bill France. Newspaper stories of the period recount that the city fathers asked townsfolk to open their homes to the visiting motorcyclists because all hotel rooms and camping areas were filled to capacity. The 1947 Daytona 200 featured a record 176 riders.
In 1948, a new beach – road course was used because of developments along the beach. Organizers were forced to move the event further south, towards Ponce Inlet. The new circuit measured 4.1 miles. The last Daytona 200 to be held on the beach – road course took place in 1960. In 1961, the famous race was moved to the Daytona International Speedway.
Bike Week has always had a flavor of its own. Some time after the war, the event began to take on a rugged edge. While the motorcycle races on the beach were organized, events surrounding the race were not. As time passed, locals became afraid of the visitors and law enforcement officers and city officials were less than enthusiastic about what some termed an “invasion”. Relations between the Bikers and law enforcement officials continued to worsen. When things appeared to be at their worst (after the 1986 event), a special task force was organized by the city in cooperation with the local chamber of commerce to improve relations and change the magnitude and scope of the event.
Today Bike Week has transformed into a 10-day festival that expands throughout Volusia County. There are hundreds of events for motorcycle enthusiasts to enjoy. Bike Week now welcomes hundreds of thousands of visitors annually and is enjoyed by locals and motorcycle enthusiasts world wide.

FUN Motorcycle Training ”LLC” we hope everyone enjoyed a look at the past as to how this great event got started!! Everyone have a safe and enjoyable Bike Week!!