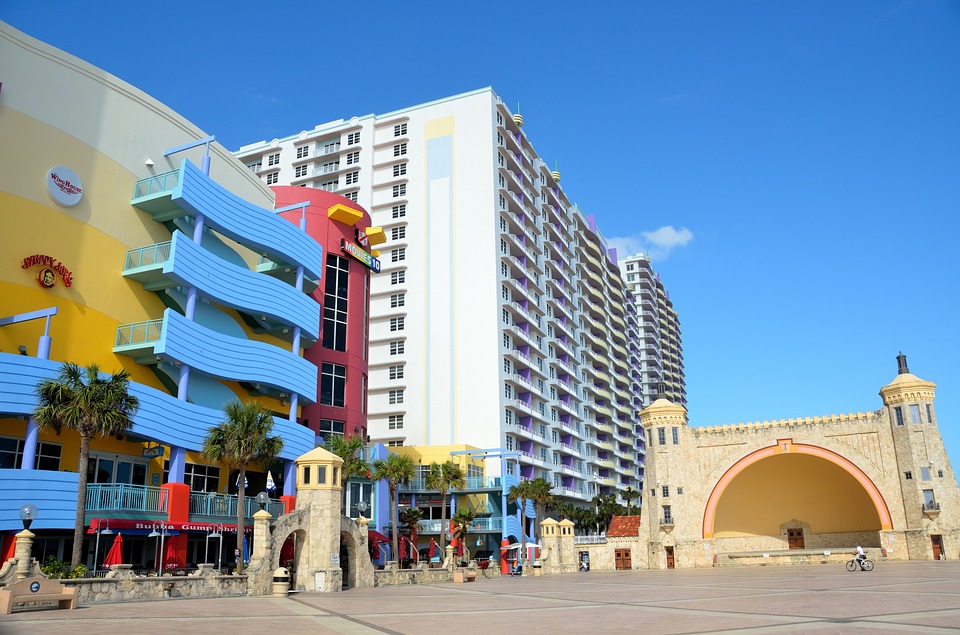 With the weather getting warmer and perfect for riding here is a brief story about a spot that everyone at FUN Motorcycle Training “LLC” enjoys visiting.

The original pier, constructed of palm logs, was built before the turn of the 20th century and extended 600 feet into the ocean. It was built by Thomas Keating and was known as the Keating Pier. It was located at the end of Main Street, where the present pier is located.

On January 20, 1920 a tremendous fire destroyed the pavilion and most of the pier. In 1924, Keating sold the remains of the pier to Jeter McMillan who tore it down and began construction of a new pier. The new Pier Casino opened on June 11, 1925. The pier was 1,000 feet in length and featured a Victorian style building. Its ornate ballroom could accommodate 2,000 dancers and hosted some of the top bands of the day. In addition to dances, the Pier Casino was the scene of charity balls, weddings, beauty contest, social events as well as civic meetings.

During the years of beach racing, some of the pilings were removed to allow race cars to pass under the pier. The Pier Casino was also a popular location for photos of the famous racers who came to Daytona Beach. Those photos were seen worldwide and helped Daytona Beach to become known as “The World’s Most Famous Beach.”

The pier has changed ownership several times since McMillan died in 1946. In 2004, it was acquired by the city of Daytona Beach who then leased it to a corporate operator. In 2009, the city took operational control of the pier, completely refurbished it and sought a long-term, quality tenant for the casino building.

On June 5, 2012, the Daytona Beach Pier reopened and the restaurant Joe’s Crab Shack opened its doors and began serving its unique brand of seafood and casual entertainment.

Over the years, the pier has withstood the constant pounding of the Atlantic surf, fire and hurricanes, but it still stands, just as it was built in 1925. It has been known as the Ocean Pier, Keating Pier, Pier Casino, Main Street Pier and now the Daytona Beach Pier, but to most people it is simply known as “the pier” – the most recognizable landmark on Daytona Beach and source of many Daytona memories.