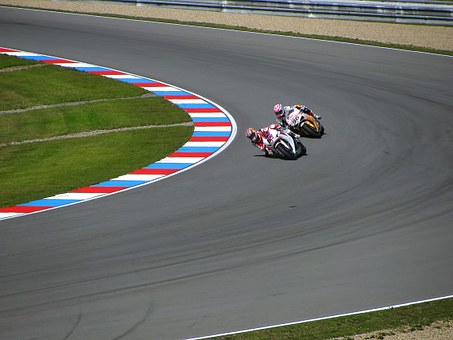 Nowhere else can lay claim to the same history of motorcycle racing as Daytona Beach, Fla., making it the perfect place to kick off the season for America’s original extreme sport and one of the most historic championships in racing.

Dating back to 1954, the first year AMA Pro Flat Track held a race in Daytona Beach, the series competed on the running track of a football stadium called Welch Memorial Stadium. The races were successful, beginning the tradition for what has grown into Daytona Bike Week. Riders like Ed Fisher, Joe Leonard, Ronnie Rall, Dick Mann, Gary Nixon and Bart Markel shined during this time, as they served as pioneers for the sport of flat track racing, paving the way for future stars.

Underdog Jack Davin earned the first main event victory at Welch Memorial Stadium in 1954, as he won the 25-lap race despite a strong challenge by Fisher. Both riders were on new Triumph 150cc Terriers, which at the time was beast of a motorcycle on the shorter tracks in the Grand National Championship.
Terry Poovey would go on to be the winningest rider at Memorial Stadium, earning 10 victories there.

Fast-forward to 1989, when the Grand National Championship shifted to Municipal Stadium, a 10,000-seat facility that included a quarter-mile oval specially designed for motorcycle racing. For competitors and fans, the move was a big step forward. While the old stadium was absolutely flat, the new track was banked seven degrees in the turns and three degrees on the straights. It measured exactly one quarter-mile and its concrete grandstands on both sides of the track nearly doubled the capacity to that of Welch Memorial Stadium.

A 19-year-old rider by the name of Steve Aseltine stole the show on opening night in the new stadium, catching Ronnie Jones off the final turn on the final lap to win the first main event at Municipal Stadium in front of a packed house of energetic fans. Aseltine shined again the following night, going flag-to-flag in the night’s main event to earn his second victory in the season’s first two races.
Aseltine would win two more mains at Municipal Stadium, second to Carr, who would win eight there.
After 21 seasons of racing at Municipal Stadium, AMA Pro Flat Track again changed the location of where the series competed.

Since 2010, DAYTONA Flat Track has served as the location for the annual season-opening doubleheader featuring the stars of the Grand National Championship. In AMA Pro Flat Track’s first two main events at DAYTONA Flat Track, it was Sammy Halbert and Jake Johnson who captured checkered flags. The duo, at the time, were just a couple of young racers trying to make a name for themselves at the elite GNC1 level.
Now, in 2015, riders like Halbert, Johnson, Kenny Coolbeth, Brad Baker, Jared Mees and Bryan Smith are here to carry the torch into the future and assure the past champions and legends of the sport that their legacies are in good hands. The riders and bikes have changed over the years, but the common denominator is terrific racing and enthusiastic spectator turnouts. And a win at Daytona still puts you among the legends of the sport.

AMA Pro Racing is the premier professional motorcycle racing organization in North America, operating a full schedule of events and championships for a variety of motorcycle disciplines. Learn more about AMA Pro Racing at www.amaproracing.com.

FUN Motorcycle Training “LLC” hopes you enjoyed this brief look at Flat Track Racing. Checkout a race near you!